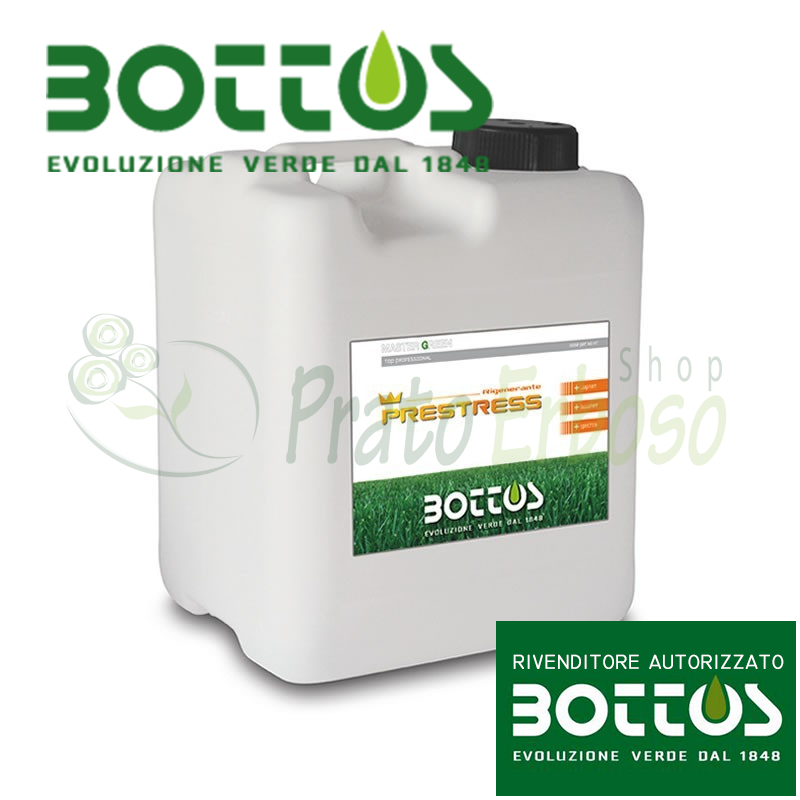 Pre-Stress - the bio-stimulating for lawn 5 Kg

Telephone assistance for information before purchase.

Agronomic consultancy of experts before and after sales.

It is a concentrated solution of Seaweed from the Ascophyllum nodosum at 30%, collected in the waters of the north atlantic ocean.

It is a product that is completely plant containing more than 65 elements of natural origin, growth promoters useful for the vital functions of the turf.

Its effect is manifested in general in improving the resistance of turf in respect of the main stress growing seasons caused by drought and high temperatures in summer, increasing the competitiveness of the species cool season of growth, appearance and resistance to harsh summer, thanks to an act for the better both in uptake and in translocation of nutrient elements in the plant.

In addition, the repeated use of the product induces a greater ability of the plant to react in the event of stress caused by biotic factors and abiotic stresses.

Composition, period of use and recommended dosage of fertilizer for lawn PRE-STRESS Bottos.